The Nigerian government in September, 1988, launched the “National Cultural Policy” which defined culture as “ the totality of the way of life evolved by a people in their attempt to meet the challenges in their environment which gives order and meaning to their social, political, economic, aesthetic and religious norms and modes of organization, thus distinguishing a people from their neighbour”. The Federal Government in June 1999, created the Federal Ministry of Culture and Tourism by 2006, the ministry was renamed Federal Ministry of Tourism, Culture and National Orientation, with the mandate to promote the nation’s rich cultural heritage, through the identification, development and marketing, of the diverse cultural and tourism potentials. However In November 2015, Ministry of Culture and Tourism was later merged with ministry of information, which is now known as Ministry of Information, Culture and Tourism. 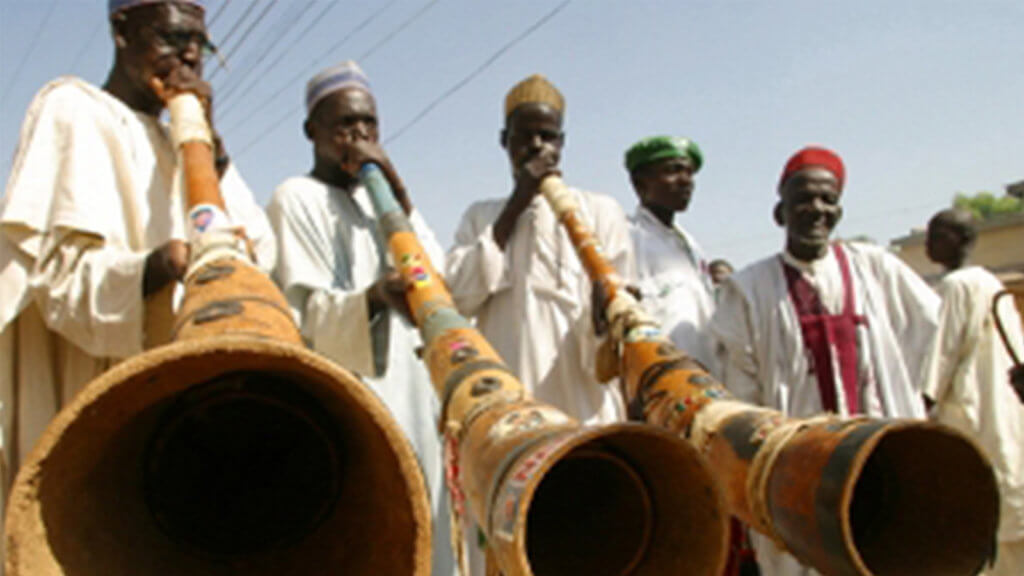 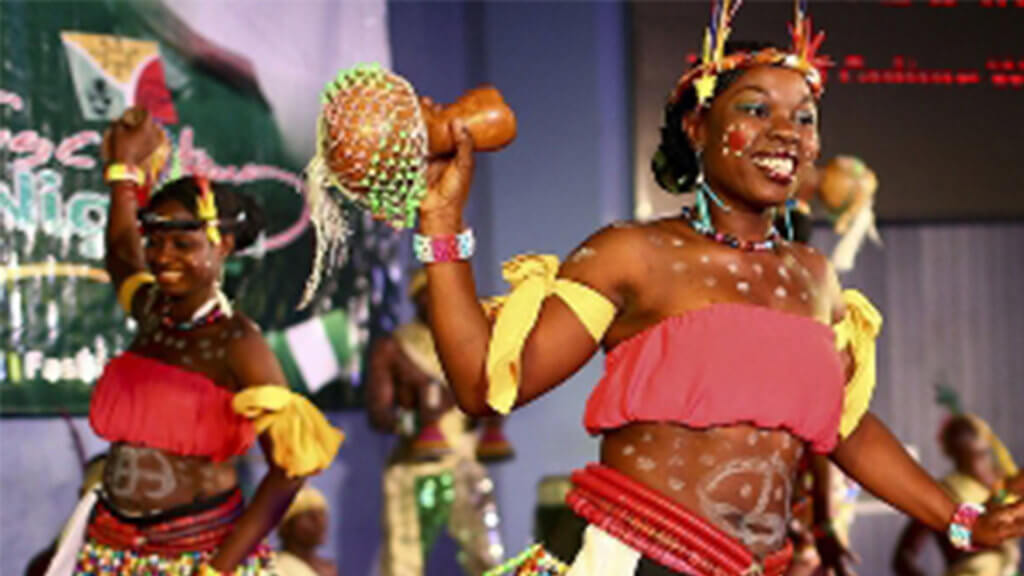 The rest of Nigeria’s ethnic groups (sometimes called ‘minorities’) are found all over the country but especially in the middle belt and north. The Hausa tend to be Muslim and the Igbo are predominantly Christian. The Efik, Ibibio, Annang people are mainly Christian. The Yoruba have a balance of members that are adherent to both Islam and Christianity. Indigenous are often blended with Christian beliefs.

It is popularly believed that Nigeria has about three hundred fifty linguistic groups Language is the vehicle for creating and mastering the complex realities that define any geographical expression. It is the most dynamic element of any culture or society. Languages are vital for transmitting knowledge, world views and verbal arts over the years. These languages and the cultures they transmit are however not barriers but bridges of understanding and mutual cooperation across their respective frontiers which differentiates them as entities sometimes referred to as “ethnic nationalities”. Some super structures are known to have grown which help to mediate the diversities and channel them into harmonies and unity. This is why today we talk about “Unity in Diversity”. Examples of such include, dress modes, inter-ethnic marriages, shared religious beliefs and practices as well as commerce.

In the area of dressing, Nigeria is characterized by the diversity of its traditional attires. It is fashionable for Nigerians to wear the traditional dresses of their regions or ethnic groups of origin. The Igbo men from southeast geo-political region for instance are known for their red caps just as the hat is a peculiar feature of men’s traditional wears in the Niger Delta region. In Benue State the “Ange” cloth characterized by its zebra-like black and white stripes is used by the Tiv people while their Idoma neighbours wear similar clothes with red and black stripes. But it is not uncommon for Nigerians to adopt particular attires from other regions which have become very popular. The ensemble “Baban riga” (or “Agbada”), “Buba” and “Shokoto”, completed with a cap to match, or the “Kaftan” which are popular among the men-folk in the north are now worn by people from other parts of the country. In western Nigeria, the Yoruba brand of the “Agbada”, “Buba”, “Shokoto”, with the cap to match, has become popular too.

The recently introduced attire, referred to as “resource control”, which was initially associated with men from the Niger-Delta region has today become a common outfit across the length and breadth of Nigeria. As for the women- folk, the “Buba”, “Iro”, “Gele”, “Ipele” have been adopted across the regions with minor nuances of style. Although attached to the uniqueness of the traditional attires of their places of origin, Nigerians are also simple lovers of beauty and so do not hesitate to adopt a fashion or an object of beauty that appeals to them. Most of these cloths are products of hand-woven fabrics such as “Akwete”, “Aso-Oke”, “Batik”, “Tie and Dye”, “Ota- ochi”. These materials are the vogue in the textile industry. Nigerians have carved a niche for themselves in the fashion world. The use of “Ankara” materials by both men and women sets Nigerians apart in fashion at home and internationally.